In our "Vipers - The Next Generation" series, we plan to feature markings for later-generations F-16s in the markings of the newest users of the type. Our first sheet features the striking tiger head applied on the tails of Polish F-16s for NATO Tiger Meet 2011 and markings for three other nations.

This two-sheet set includes full country-specific stencilling for all four user nations, including English/Arabic stencilling for the Omani aircraft. All of the sheets in this set are professionally screen printed by Cartograf in Italy. 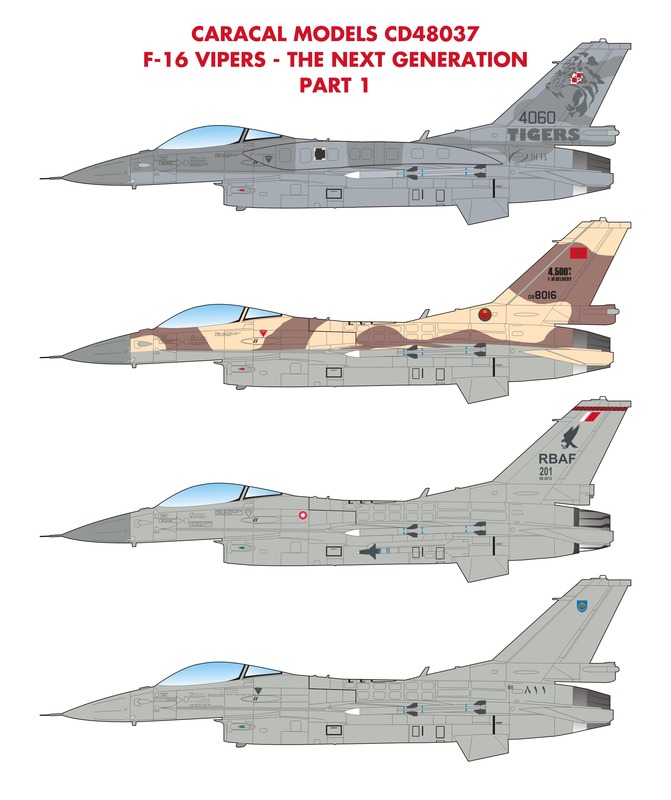 SOLD OUT! We sold out our entire print run of this very popular sheet. Pl ease check our resellers (such as Sprue Brothers and Squadron in the US, and Han nants in the UK) to check if they have any in stock.