Our third decal sheet for the new Wolfpack 1/48 T-38 kit features markings for two NATO operators of the Talon. Accurate stencilling in Turkish & Portuguese, and unit insignia (121.Filo "Bee" emblems for the Turkish aircraft, both color and outline EICPAC emblem for Portugese aircraft) are included. The options on this sheet are: 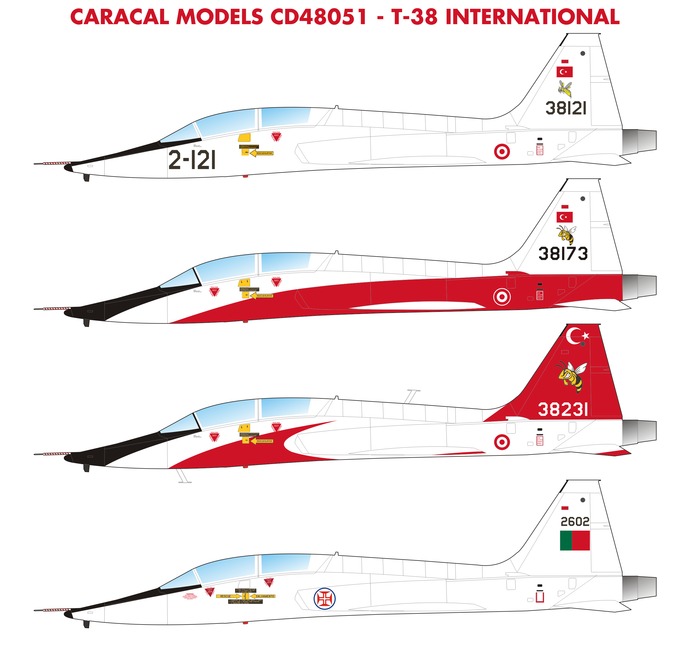 Stencilling and national insignia for one aircraft from either country is included.This decal sheet is professionally silk screen printed by Cartograf in Italy.


You can order this decal sheet securely with your credit card or PayPal account now.