The EMB-312 Tucano turboprop trainer has been a monumental success story for the Brazilian aircraft industry; and has been serving many air forces for more than 30 years. Our latest sheet for the Hobby Boss kit provides accurate, high quality markings for several operators of the Tucano. The aircraft covered in this sheet are: 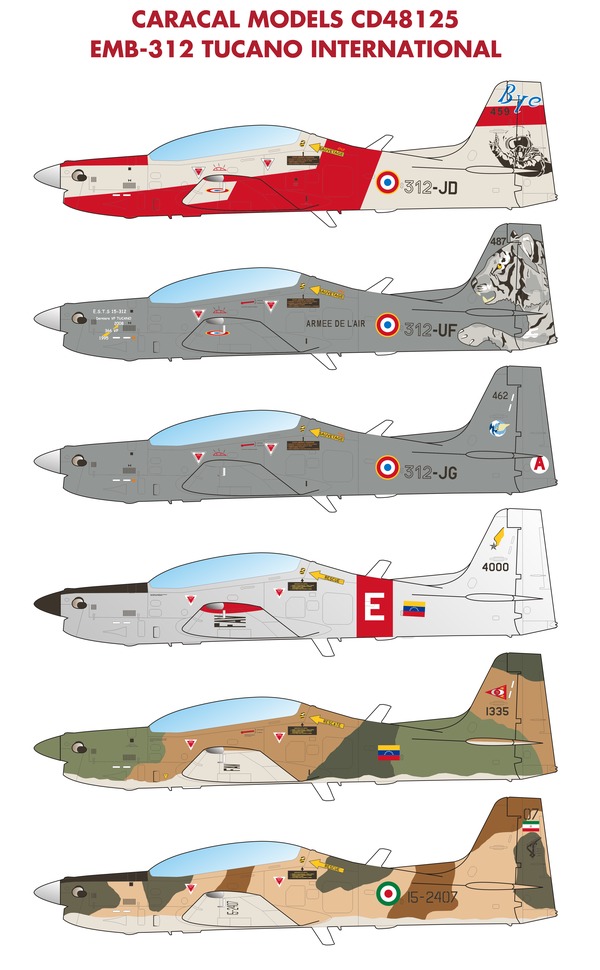 This limited edition decal sheet was designed to fit only the Hobby Boss 1/48 EMB-312 Super Tucano kit. It was professionally screen printed by Cartograf in Italy.


You can preorder this decal sheet securely with your credit card or PayPal account now.
The price includes free US shipping. International shipping is only $7.50 extra. Texas residents pay 8.25% state sales tax.